Pitocin on the brain

I've got Pitocin and induction on the brain. In large part because I'm about halfway through Pushed, by Jennifer Block, and just finished reading about the consequences of Pitocin and labor induction. Here are some sobering excerpts...

"A British midwife told a researcher that the sounds women make when they're on artificial oxytocin [Pitocin] are hauntingly different: 'It's a panic, it's a scream and it's different from the noise they make when they're working with their bodies. . . . It sounds like someone's being murdered'" (p. 135).

"And with an epidural deadening the body's natural pain threshold, staff can keep upping the dose, which can lead to contractions that fire like a machine gun or that last for minutes, during which time the fetus is oxygen-deprived. This is called hyperstimulation. It is not uncommon and would be considered a trauma--beyond what is normal" (p. 137).

"A recent ACOG survey found that in 43% of malpractice suits involving neurologically impaired babies, Pitocin was to blame" (p. 137).

"Even Williams Obstetrics offers a sobering history: 'Oxytocin is a powerful drug, and it has killed or maimed mothers through rupture of the uterus and even more babies through hypoxia from markedly hypertonic uterine contractions'" (p. 138).

"A 2004 study out of Australia found that autistic children were twice as likely to have been born without natural labor, either by elective cesarean or induction" (p. 139).

I can see these stats reflected all around me. I know very few women who have given birth without Pitocin dripping through their veins. If it's true that 70% of low-risk first-time mothers are given Pitocin, then it's no wonder birth horror stories and epidural use are the norm. How strange that so few women know what normal birth actually feels like. Instead they have a warped and painfully skewed misrepresentation. We are human beings, but yet so far removed from the most basic human experience.

The truth is that we really don't know how these highly-medicalized births may be influencing and possibly damaging our society. Oxytocin is the hormone of bonding and love, so some suspect that these births (virtually devoid of natural oxytocin) may be partly to blame for the increased violence, autism, and other mental and psychological disorders running rampant in our modern world. Pitocin (and cesarean sections) may also influence how we bond and how we respond to our children as parents.

I've never had Pitocin in labor, but I was given Pitocin through my IV following my first daughter's birth to help slow my bleeding. It wasn't until a couple of weeks ago that I had an epiphany about that Pitocin drip. It's almost certain that once Pitocin was introduced into my system, my body stopped or slowed its own oxytocin production. Artificial oxytocin doesn't produce the same bonding effects as the hormone produced by our own bodies. It wasn't until roughly a week after her birth that I "fell in love" with my daughter. I thought there was something wrong with me... why didn't I love her right away? I'm now quite certain that Pitocin interfered.

There are certainly plenty of women who fell in love with their babies at first sight even with Pitocin or cesareans. But not all women do. Everyone's individual body chemistry is unique. If I could struggle even having had an unmedicated, wonderful birth experience, I have to wonder what it would have been like for me if I'd had drugs or a cesarean... I shudder to think where those paths might have taken me...

Pitocin has its time and place. But there's no question that it--and the droves of women and babies receiving it needlessly--are being abused. Will we stand by and let this abuse continue?
Posted by Lani at 11:44 AM

Thanks for the wonderful information you provide here.
My first baby was induced at 37 weeks due to preeclampsia and Gestational Diabetes. Looking back on that though I do not believe that I needed to be induced at the point that I was because I don't believe my daughter or I was in enough danger to induce at that time. I had a fairly easy labor with an epidural pretty much forced on me even though I didn't really want one. The nurse really pushed it and scared me by telling me I might need a c-section and then I would already have the epidural.I wish that I would not have had the pitocin that time.
With my second daughter my membranes ruptured at 33 weeks and I went into labor on my own. There was no pitocin used that time but I was again scared into the epidural because they wouldn't let me move around during labor because they were trying to keep my daughter's heart beat on the monitor. I got the epidural and my bp immediately dropped so low that I don't remember much of what happened after that for a while. That labor was very quick and I never really got any relief from the epidural but I did have horrible side effects.

I just had my third baby (and probably last, sadly) on Monday. Right after midnight Sunday morning, my water broke. I was 31 weeks 1 day pregnant. I was not in labor and when I got there they were hoping to hold me in the hospital up to 3 weeks before the baby came. Unfortunately, the baby was at a high risk ofgetting Group B Strep because it showed up in my urine. He was also just not looking right and on Monday afternoon the doctors decided I needed to have him and soon. I was put on pitocin and this was one of those rare times I believe that it was truly necessary.I was able to make it through my induced labor pretty much left alone through my labor to do what I needed to get through without an epidural or any kind of pain meds. While I would have much preferred to go completely naturally this time I did have the pitocin for my baby's safety. It was a good thing because my placenta looked really bad and baby was pretty sick when he was born and might not have made it if I have not had him then.
I am so happy that I did not have an epidural (nor did I have one pushed on me since I had such a bad time with my second birth) and without any pain medications. What I have noticed is that I am recovering much better and I also did not tear nor have an episiotomy because my body knew what to do and for the most part, the doctor left me alone until the very last minute even though he was in the room for the last two hours of my 5 hour labor.
I truly believe that pitocin should only be used in the really necessary situations and I believe that not having pain meds or an epidural helps recovery time to be faster and easier. It's amazing how well our bodies know how to do their job.

thanks for this. the idea that pitocin is a mean thing is about the only thing i can agree on with some of my friends who think i'm crazy/macho for wanting an intervention-free birth. one thinks that she had a natural birth because her epidural failed to work; however, she experienced just what you described in this post (screaming murderous terror)from the pitocin. sad. especially since now she campaigns against natural birth.

thanks for all the work you do on this blog. and for sharing your latest post-birth experiences.

Wow, Sarah... thanks for sharing your stories. I think you're right about your new little baby's birth... that was definitely NOT a case of Pitocin abuse, and I'm so glad your little one was given the help he needed to survive his early birth! I'm also so glad your recovery has gone so much better this time!

Emily- I get so frustrated when women say/think they couldn't or wouldn't go natural based upon their experience laboring with Pitocin. I wish I could help them to understand that normal labor is NOT like Pitocin labor! Thanks for your comment!

I wish I knew what non-pitocin feels like. I know that pitocin labor is absolutely awful, and I completely related to that "murderous" quote. With Connor, that's what it felt like, too. Like I was actually being murdered.

In that same vein, I have no doubt that my 19-hour pitocin-filled labor with Connor was what led to our VERY delayed bonding. I didn't feel that complete head-over-heels in love thing until he was probably six months old. I didn't know how weird it was until after I had Nathan. I can't wait to have my next kid without any of this stuff. Unless I have a VERY SERIOUS situation warranting it (like in Sarah's comment), there is no way I will have pitocin again.

Yes, 70% pitocin rate is INSANE!! It just blows my mind. A friend at church says her doctor induces everyone at 39 weeks if it's their 2nd baby (with their consent). That's a great way for a docotr to schedule his births. If he induces a week early, there's less chance he'll get a call in the middle of the night of on the weekend. Induction is so common that going more than a week past the due date is almost unheard of these days. That affected me because I went to 41 weeks for my daughter and was told that was as long as I could go. (had the repeat c-section then..ugh). Now I think if pitocin weren't so perfuse, more births would go to 42 weeks ore more and it wouldn't be such a big deal. Anyway, that's how pitocin has affected me even though I've never had it. My CNM said she wouldn't use pitocin on my VBAC, which was great, but then to have the other option be to have a c-section because of being past due was worse. I think about due dates and pitocin use a lot because it really has gone to an extreme.

how did you know pitocin was on my brain, too??!

i have just come back from a second dr's appointment where i narrowly escaped being induced. i am terrified of it and am praying my guts out for my baby to be able to come on her own time. why do doctors fill us with unnecessary worry and do unnecessary things to us? i just don't get it.

thanks for the info!

M-ware- I'm soooo glad you escaped induction! I'll be praying you go into labor on your own too!!

Interesting thoughts on Pitocin and c-sections. FYI, I felt "blissed out and totally in love" with both of my kids who were born via c-section. Those feelings are not exclusive to a vaginal delivery. Giving birth is an amazing experience no matter how it happens. Good for you and your ability to give birth the natural way. You are a super woman. Good for me that I was born in this century-- otherwise I probably would not have survived the experience.

Wondering if pitocin and such have any connection to autism... Seeing how much that has jumped also

I suspect there may be a connection for some babies/kids. I shared more about this possibility here: http://birthfaith.org/pitocin/pitocins-untold-impact

"We all need to start talking about [cervical scar tissue] because unless women are being asked the question, they just don’t know." 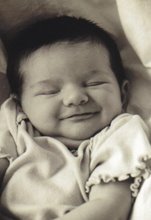 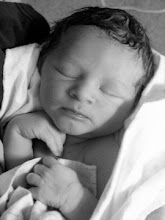 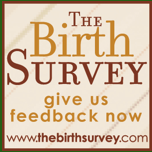